This is an update to my previous blog post which documented a mechanism for GCP Org Policy Bypass using custom metadata on compute instances.

Googles Notification To Customers
On September 9th, Google sent a notification to customers informing them of a ‘Security Enhancement’ being made to the AI Notebooks API. 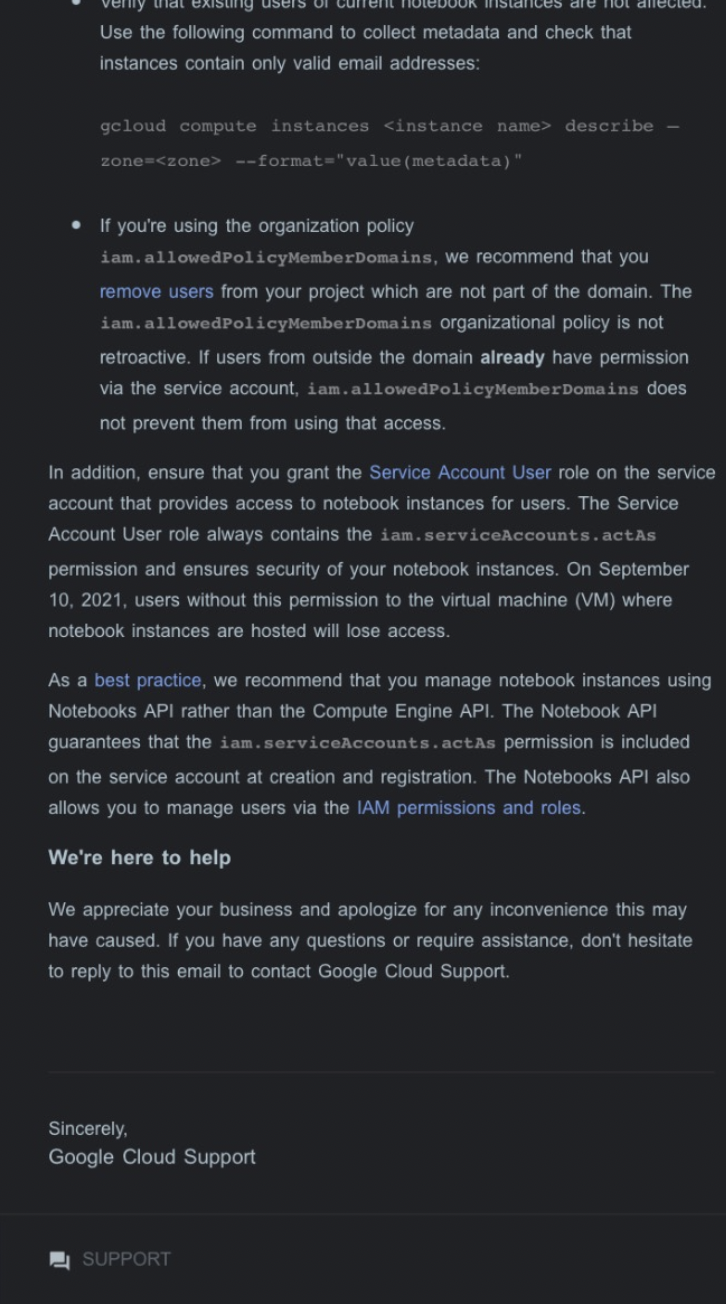 Highlights of the notification include:

Is the Original Issue Remediated?
Finally, yes
While the engineers at Google pushed a patch for this issue on September 10th, they did not invalidate a persistent auth cookie set by the Datalab signin endpoint.
With a valid ‘DATALAB_TUNNEL_TOKEN’ cookie, an end user is not redirected through the authentication flow (and through the patched piece of code) rather, they are fast tracked to the ‘/lab?authuser=0’ endpoint where they are authorized to access the Jupyter Notebook, again, irrespective of IAM Role assignment.

Is there any lingering risk?
I don’t believe so.

Shout Outs
Special thanks to the Google Engineers that partnered with me over the weekend to figure out what was going on.
And to the friends who let me complain to them.